It\’s been a *hot minute* since we\’ve posted to our blog. When I originally began writing this blog article, I was planning to publish it in early March, when it was still cold here in Illinois. I meant for it to be a nice escape form the day to day dreariness we were all experiencing then. However, time got away from me, and now we are starting to get busy with the flowers once again. However, I thought you still might like to know some interesting facts about some really cool plants from the American southwest, especially since we are getting close to vacation season! So without further ado, enjoy this blog post about our trip to the Arizona, Nevada, and Utah!

For those of you just now joining our blog, we started a blog series called \”What\’s that wildflower?\” in the Fall, where we highlight wildflowers that grow in our local area. It\’s a way for people to learn about their local plants, whether native or non-native, and also to learn uses of these plants past and present. As you can imagine, wildflowers in Illinois are pretty much non-existent once winter sets in, so we haven\’t had anything to write about in that regard. BUT we have something very exciting to talk about today that I think might at least prove interesting for those of us stuck in the dreary Midwest.

Hayden and I recently took a trip to the southwest (without the kids! Hallelujah! Thank you to our babysitters!). It was a wonderful recharge for the two of us. We started in Vegas, drove through Lake Mead National Recreational Area, traveled up to Zion and Bryce National Parks in Utah, then came south on the east side of the Grand Canyon and traveled through Page (Horseshoe Bend, Lake Powell). We stayed at El Tovar in the canyon park for a few nights, then went on to Grand Canyon West on the Hualapai Reservation and walked on the glass Skywalk, visited the Hoover Dam, and then drove back to Vegas for a stay at the Venetian and a helicopter tour down into the canyon, where we drank some champagne out of a plastic cup (classy, I know!).

I became fascinated with a few of the plants out there, so naturally I bought a lovely little plant I.D. book that was not altogether helpful. The book I bought focuses on plants IN the Grand Canyon, but on our trip we encountered huge differences in elevation and water availability, so naturally plant life can be different IN the Grand Canyon compared to other areas in the region. Regardless, it was interesting to see how the plant communities varied from place to place. Today, I\’d like to highlight a few of these interesting plants. So without further ado, let\’s start our botanical journey through the American southwest!

This plant proved frustrating for me, because I had just bought my plant I.D. book (River and Desert Plants of the Grand Canyon, see reference below) and it wasn\’t in it. Better yet, I bought the book in Utah, which is where I saw this plant in the beginning. Bryce Canyon National Park was covered in greenleaf manzanita. The leaves remind me of my eucalyptus plants that I grow in pots, so I felt it was related in some way. I kept searching for eucalyptus-type plants of Utah, but finally I stumbled upon the name of this plant when I used the Google picture search function (LOVE this function for plant I.D.; be aware that it is not always correct, though).

Greenleaf manzanita is a branched, low-growing shrub that has reddish-brown bark. The leaves are evergreen, and I would describe the texture of the leaves as being slightly rough to touch, like thick cardstock with about 800-grit sandpaper feel (fancy description, right?). It spreads readily, so the plant is touted as being excellent for erosion control. The flowers are pink, and I\’ve read that flowering time is between April and June.

This species is known for being drought tolerant. Seeds are hard to germinate, but they germinate readily after the inducement of fire. As we were driving through the park, there was a spot that had clearly been burned, so you can see why plants in the area may have adapted so that their seeds germinate after fire. In Utah, this species can be found at 4,500 to 9,300 ft in elevation. (For reference, our range in elevation here in Calhoun County is anywhere from 420 to 815 ft in elevation). As we drove through the park, we ascended in elevation, finally ending at 9,115 ft in elevation at Rainbow Point. Where I saw this plant mainly was when we hiked the Peekaboo Loop Trail/Navajo Loop Trail. At the bottom of the trail it\’s about 7,400 ft in elevation. We hiked down from Sunset Point, which was about 8,000 ft in elevation. This trail was awesome but there were A LOT of switchbacks. It\’s hard to go down when there\’s ice and snow on the ground and it\’s hard to catch your breath coming back up!

A rather fun thing about this plant is that a cider-like drink can be made from the berries! \”Manzanita\” translated from Spanish is \”little apple\”. The Native Americans and Spaniards who settled in California (Sierra Nevada region) where this shrub is prevalent utilized this plant as a drink (and some have mentioned in a porridge). The drink is described to have a crisp, apple-like flavor.

Succulent leaves spiral out from center of a rosette for this interesting plant of the Agave Family. The plant gets its common name \”century plant\” because it has been said that it can take 100 years before the plant sends up its flowering stalk, though it usually only takes about 20-40 years. Once it sends up its stalk and flower head, then the plant dies. However, you will often see smaller rosettes next to this plant, and that is because century plant can reproduce by rhizomes, which are underground stems. These rhizomes will produce clones of the \”mother\” plant.

There are three different century plants in the southwest region, each with different characteristics and found at different elevations. It has been suggested that these plants will hybridize also in areas where they overlap.

Early settlers of the southwest used century plants for food, fiber, medicine, and alcoholic and non-alcoholic beverages (Huisinga et al., 2006). Plants were used to make hairbrushes, sandals, blankets, and mats. The Hualapai people were and are known to roast agave, harvesting leaves just prior to the emergence of the flower stalk, because the plant core is engorged with sugars. The stem cores are roasted in a pit and make a really sweet treat. All agave species are protected by law.

The Grand Canyon century plant (Agave phillipsiana) appears to have been propagated purposefully by humans and has been exclusively found near many archaeological sites, specifically sites near roasting pits. It is unrelated to any other local agave species, which is why it is thought this plant was directly influenced by human intervention. Scientists believe that this plant may be declining in the absence of these ancient populations. It is thought that clones of this plant were acquired via trade with people of Mexico, because the closest related agave species to the Grand Canyon century plant resides in northern Mexico.

This was the plant I was the most excited about on our trip. I had read about the Joshua tree after stumbling upon a picture of one (it was a photo that popped up on my laptop screensaver shortly before our trip). After entering Arizona, I saw a few businesses with signs that utilized a Joshua tree in their logo, but there was no Joshua tree in sight. It wasn\’t until we were heading up to Grand Canyon West to the Hualapai Reservation that we encountered our first lonely Joshua tree alongside the road. I squealed when I saw it, startling Hayden. We kept driving and I would see one here or there, but couldn\’t make up my mind whether we should stop and take a picture or not….

And then, suddenly we were surrounded by them as we began to ascend in elevation near Kingman, Arizona. We were in the midst of the Joshua Tree Forest and I couldn\’t believe how many Joshua trees there were!

Joshua trees are a species of yucca, and yuccas are in the Agave family, too (Agavaceae). Yuccas are known for their fibers that curl away from the leaves, but Joshua trees are the exception to this. The leaves of Joshua trees have sharp teeth on the leaf margins (ask Hayden — \”Ouch, that hurt!\” *Pulls hand away* *Touches plant again* \”Damn, that hurt!\”).

Native people used the leaves for basket-making and ate the flower buds or roasted seeds (Rodgers, 2021). The plant gets its name according to a legend that when the 19th century Mormon immigrants encountered the trees for the first time, they likened the plant to Joshua in the Old Testament with his arms outstretched in prayer. It has also been said that due to the sharp-edged leaves, the tree is a symbol of Mormon conquest of the desert because it was a symbol of Joshua\’s conquering army. Settlers used the trees limbs and trunk for fences and corrals, and miners used the wood as fuel.

Seed germination and flowers of this plant all depend on well-timed rains and perfect conditions. The trees depend on yucca moths for pollination, while the moths require a few seeds to feed their young–an example of nature\’s symbiosis.

You should take a trip!

To conclude, this really was a fantastic trip! There are so many other plant species that I haven\’t mentioned that are interesting, but we hope if you are planning a trip for this summer, you will take time to pause and notice the wildlife, wherever you go. It really can be fascinating!

We will have more \”What\’s that wildflower?\” posts in the months to come. Until then, if you need help identifying a plant, I would love to investigate with you! Send me a picture and I will put my research skills to work!

Here\’s a few more pictures of our trip just for fun! 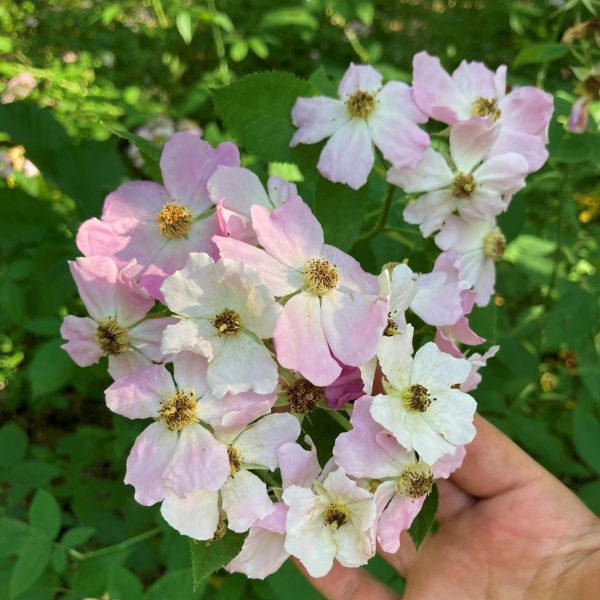 What\’s that wildflower? The Canadian Anemone 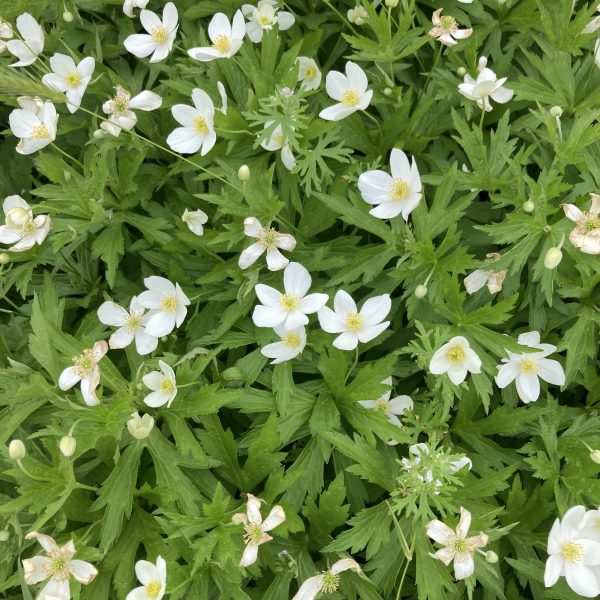 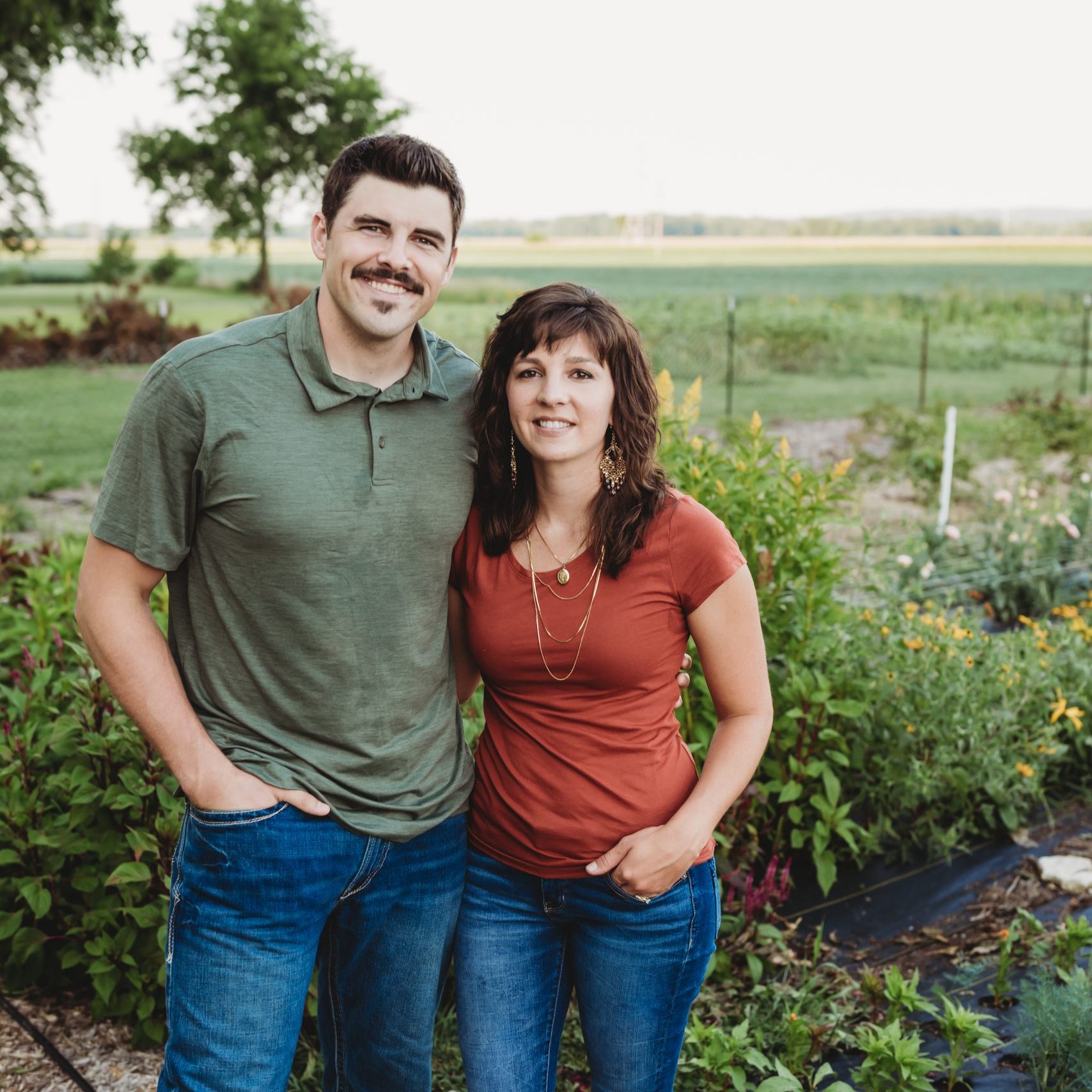 Hello there! We're Hayden & Taylor Sievers of Sievers Blumen Farm. We're a family-owned cut flower farm that provides fresh local blooms to not only brighten your table, but your life! 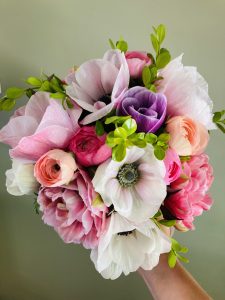 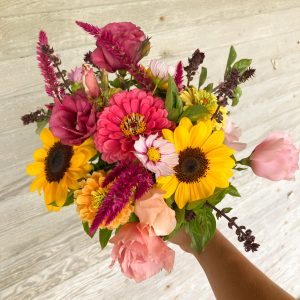 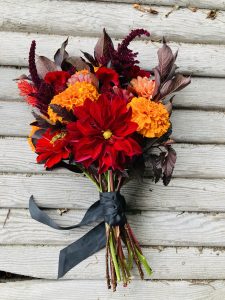 This error message is only visible to WordPress admins

Error: No feed with the ID 1 found.

Please go to the Instagram Feed settings page to create a feed.